I Love Paris... A Guide to Paris that's Older than Me! 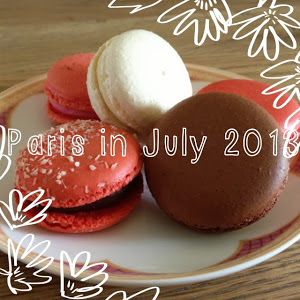 I love Paris, and my mother and I have visited almost every year since my father died but she is no longer up to the journey, so this summer I’m staying in England. But I can still have a virtual trip, thanks to Karen who runs the Book Bath blog and Tamara over at Thyme forTea, who are once again organising their annual visit to La Belle Française by hosting Paris in July, so I can enjoy all things French without setting foot on the Continent. There’s all ready a whole host of participants who have written about their holidays in Paris, as well as posting pieces about Parisian history, books, music and food. So I hope no-one will mind me joining in at this late stage: to be honest, I’d forgotten all about it, otherwise I would have saved my recent review of Maigret novels and included that. 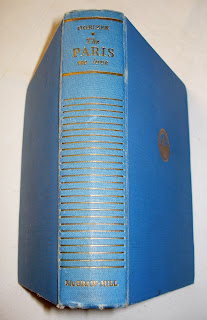 Anyway, I thought I’d tell you about The Paris We Love, which belonged to Mum, but when she moved she didn’t have room for all her books so she gave this to me, and I was really pleased, because I’ve always loved it.  Published by the McGraw-Hill Publishing Company Ltd in 1950 (it’s older than I am), it is jam-packed with fascinating details, and crammed with maps and illustrations – most of them in colour. It must have been quite something when it was new, because paper rationing only ended in 1949, the year before this was published, and there had been stringent guidelines about the way books were printed, with recommendations about print size, margins and blank space. Pictures, which took up precious room, all but disappeared. 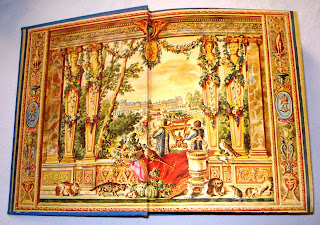 The Paris We Love was printed in France (perhaps the French publishing industry had survived the war in better shape) and edited by Doré Ogrizek, with a foreword, or introduction, from playwright, artist and film-maker Jean Cocteau, who urges us to cherish the past. He warns that it is a tragedy to destroy places that witnessed famous deeds, events and pageants ‘from whose ghosts the spirit of the city is created’. But goes on to stress: “It s true that the pick-axe can never quite vanquish these ghosts, for, if their haunts disappear, they will seek them, and will enwrap our own spirits in enchanted mist.” 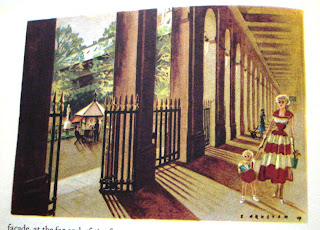 Silly though it sounds, I love everything about this book, and I can pick it up over and over again, browsing through a different section each time – there are chapters on the various areas of Paris, as well as others on the city’s history, night life, bridges, food and artists. And every time I look I learn something new. Not only does each area of Paris have its own unique atmosphere, but each chapter has its own unique style, for each is written and illustrated by a different author and artist. 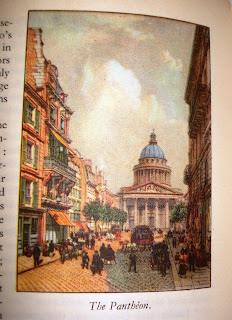 It’s part travelogue, part history book, and part cultural reference guide. There are stories about the river that dominates the city, the gardens, the buildings, squares and streets. Above all, there are tales of people. Here you’ll find stories about saints and sinners, kings and revolutionaries, artists and tradesmen, rich and poor. Hard facts rub shoulders with myths and legends, but truth and fiction alike are equally unbelievable – and endlessly fascinating. 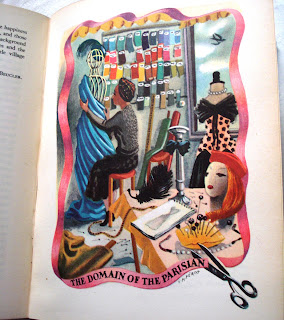 One of my favourite pieces is the account of St Geneviève who harnessed the divine power of prayer to repel Attila and his hordes (would that all conflicts could be solved that easily). In addition, ‘miracles occurred wherever she set foot’ which must, I think, have been rather uncomfortable for her, and made every day life more than a little difficult. I was reminded of poor old King Midas who found that turning everything to gold had its disadvantages. 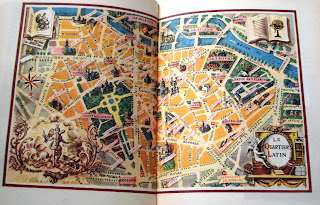 And what about Monsieur de Jussieu, the naturalist who brought a young cedar of Lebanon back to the Jardin des Plantes, keeping it in his hat, and ensuring its survival by giving it his water ration. Or Louis VI who died of grief after his son died from injuries sustained when his horse shied, scared by a herd of pigs in the street. 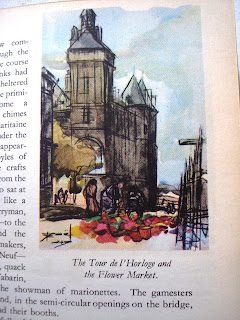 Then there’s the fantastic tale of the Petit Pont (that’s the Little Bridge (even my failed ‘O’ Level French is up to translating that) destroyed 16 times, most amazingly of all in the 18th century, when a woman fulfilling a vow put a lighted torch in a wooden bowl and left it to float on the Seine, where it set light to a hay barge, which was cut adrift by the frightened sailors and hit the bridge... 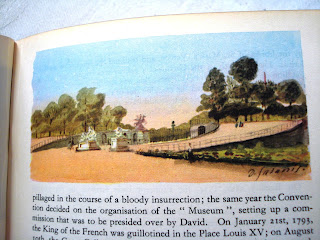 It doesn’t cover anything in great detail, which is hardly surprising when you consider it spans some 2,000 years, but it’s a treasure trove of odd snippets of information, a kind of taster that makes you want to find out more. And it’s great fun to read bits that relate to places you know, and to see if things have altered. Obviously, the history still holds good, and the myths and legends are like fairy tales, which never lose their appeal. However, surprisingly, a lot of the city remains just as it was 60 years ago – indeed, the central area can’t have changed all that much since it was laid out by Haussmann in the 19th Century, and modern development seems to have taken place on the outskirts. 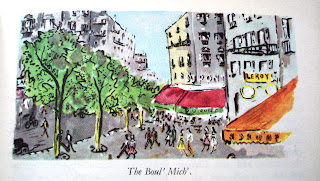 Sadly, it’s a bit chunky to tote around when sight-seeing, but it’s as good as any modern guide book (actually, I think it’s better, but my nearest and dearest say I have odd taste in books) and the authors of the various chapters offer a very personal view of the city. For example, Marcel Brio, writing about the Eiffel Tower, describes it as a 'great, hollow pyramid... a series of giant ladders for spiders with a craze for climbing and adds that it provides ‘a pleasant balcony for foreigners and provincials who want to combine dizziness with a ‘monumental’ view of Paris’. He has quite a lot more to say on the subject of the iconic tower, but is obviously not a fan. 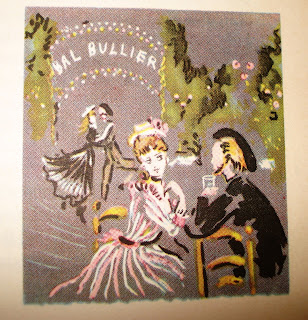 For the final word I’ll return to Jean Cocteau, who says: “Paris yields herself in discovery as an attic beloved in our childhood gave up its secrets.” And that is what this book will do – help you discover the secrets of Paris, and reveal the city’s hidden past. All illustrations to this post are taken from the book. 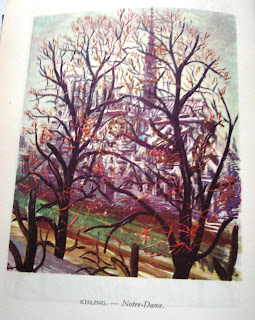 Edited, Monday, July 8, 2013: Just discovered the lovely Dreaming of France meme, hosted by Paulita over at An Accidental Blog, so I'm joining in that as well! 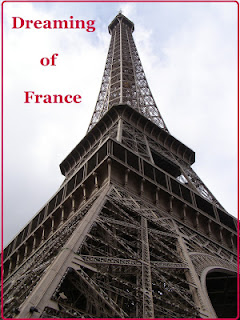