There Will Be No New Books....

I am the first to admit that volunteering in an Oxfam Book Shop is not necessarily the best of activities for someone who has resolved that there will be No New Books. But the other volunteers are so nice, and our customers are unbelievably lovely… And, of course, there are the books. I’m like a child let loose in a sweet store. The shop, as you would expect, is packed with shelves, all full of books, and if there were no customers to be served I could spend all day browsing. But it’s the back room that I love the most. This is where we sort and price the donations, and there are books everywhere, crammed onto storage shelves, as well as the table, the desk, the packing area and, occasionally, the chairs. And there are days when you can hardly see the floor for the pile of book-filled bags and boxes that dominates the room.


It’s surprisingly satisfying to establish some kind of order amidst the chaos, and there’s a sense of achievement in unpacking a rare or unusual book. But best of all, because I’m really rather selfish, is the thrill I get from finding a book that’s been on my Wish List for what seems like ever and ever. I really can’t pass up the chance to buy a Must Have volume, despite that resolution about not buying new books, which was made partly on the grounds of economy, and partly on the grounds that we have no room. Anyway, I was so excited when I spotted these yesterday that I just had to have them – and, as I always say, second-hand books are not new, so they don’t count! 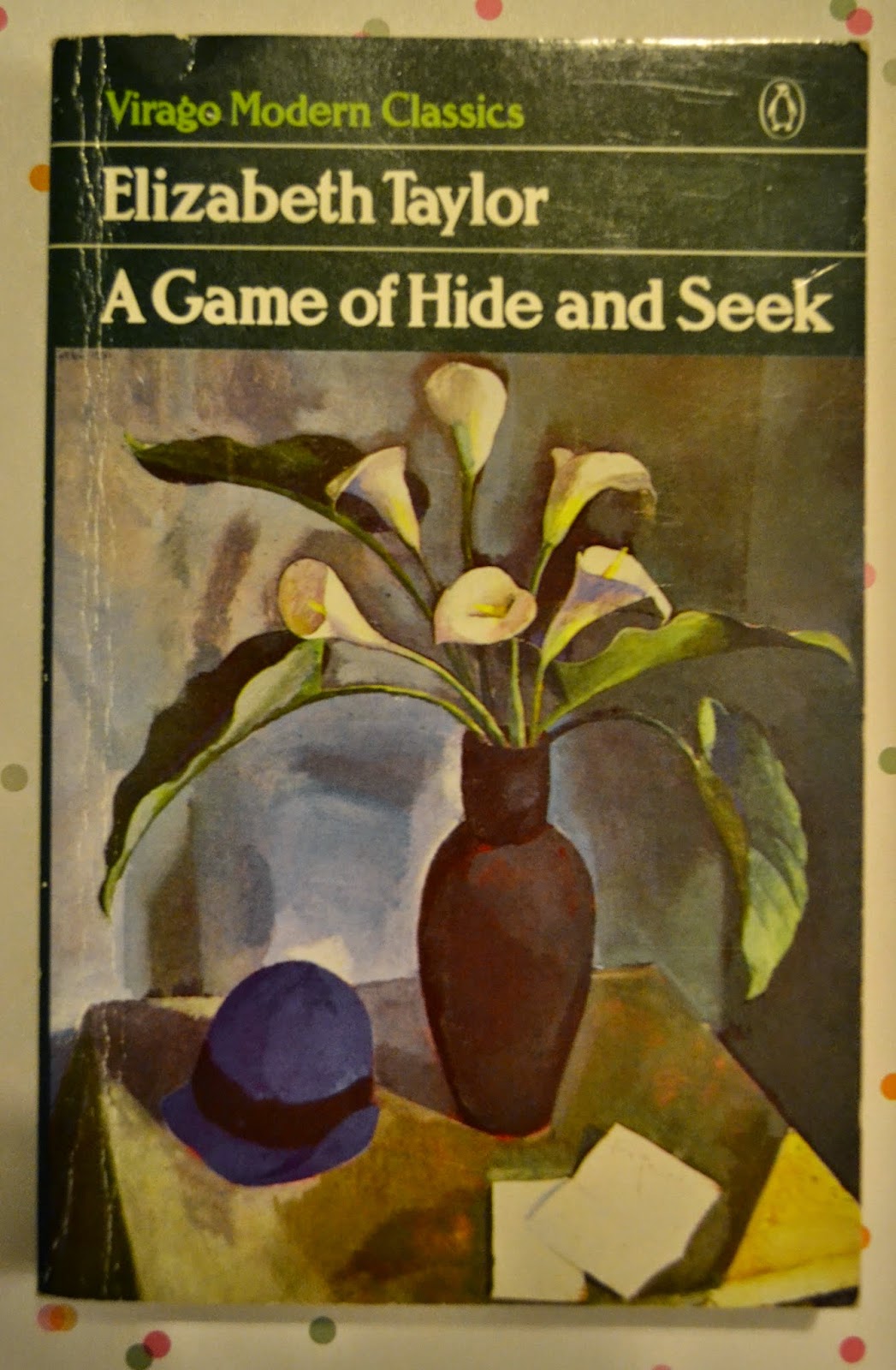 First up is Elizabeth Taylor’s A Game of Hide and Seek, in this wonderful old VMC edition, with a cover featuring Karoly Patko’s Still Life with Lilies and Blue Hat. I love Taylor’s understated writing and, according to the blurb on the back this is her ‘subtlest and finest work’, so I can’t wait to start reading. 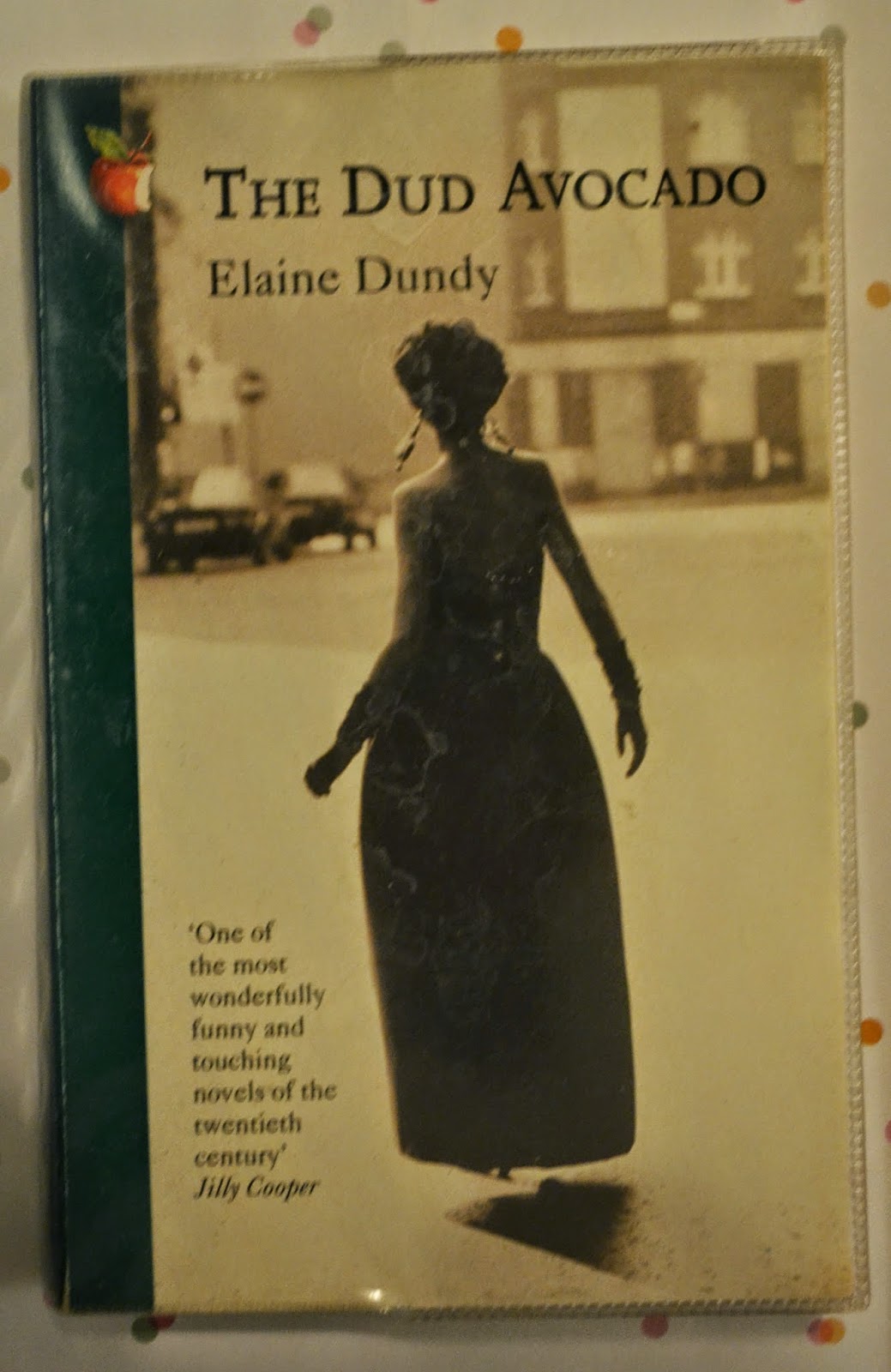 Then there’s The Dud Avocado, by Elaine Dundy (another Virago Modern Classic). Apparently, it’s a rite of passage book and its heroine, Sally Jay Gorce, is a woman with a mission. To quote from the blurb: “It’s the 1950s, she’s young, she’s in Paris, she’s dyed her hair pink, she’s wearing an evening dress at eleven o’clock in the morning, and she’s seldom had more fun.” Has anyone read this, and is it as good as it sounds? 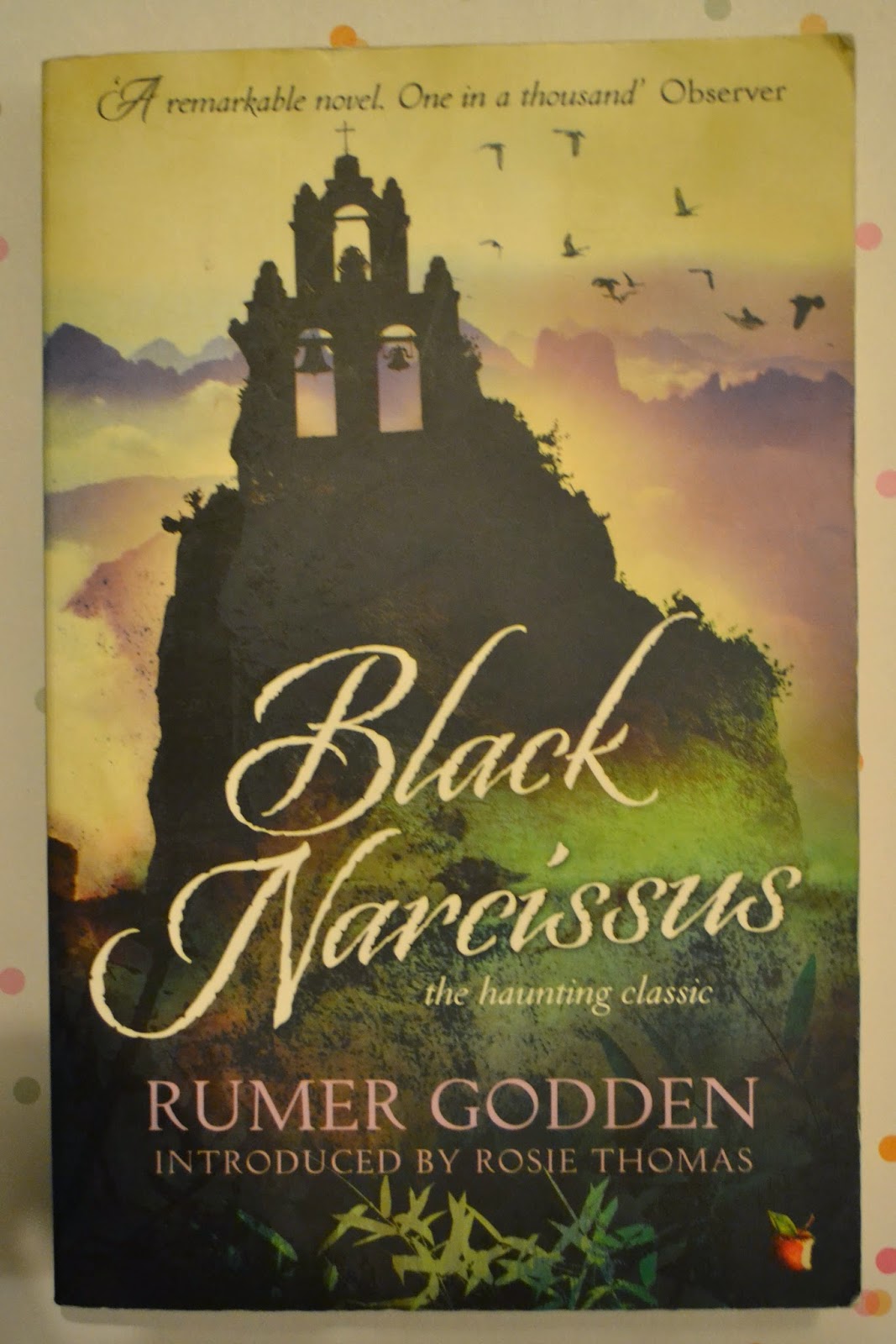 And I found Rumer Godden’s Black Narcissus, which I’ve been hunting for for ages. Godden is one of my more recent discoveries, and I’ve really enjoyed the books I’ve read so far. This was famously made into a film starring Deborah Kerr, so I suppose most people know it is about a group of nuns who establish a convent high in the Himalayas, but tragedy ensues when hidden passions surface. Virago again I’m afraid – though I’m not sure why I feel I should apologise. I like Virago. 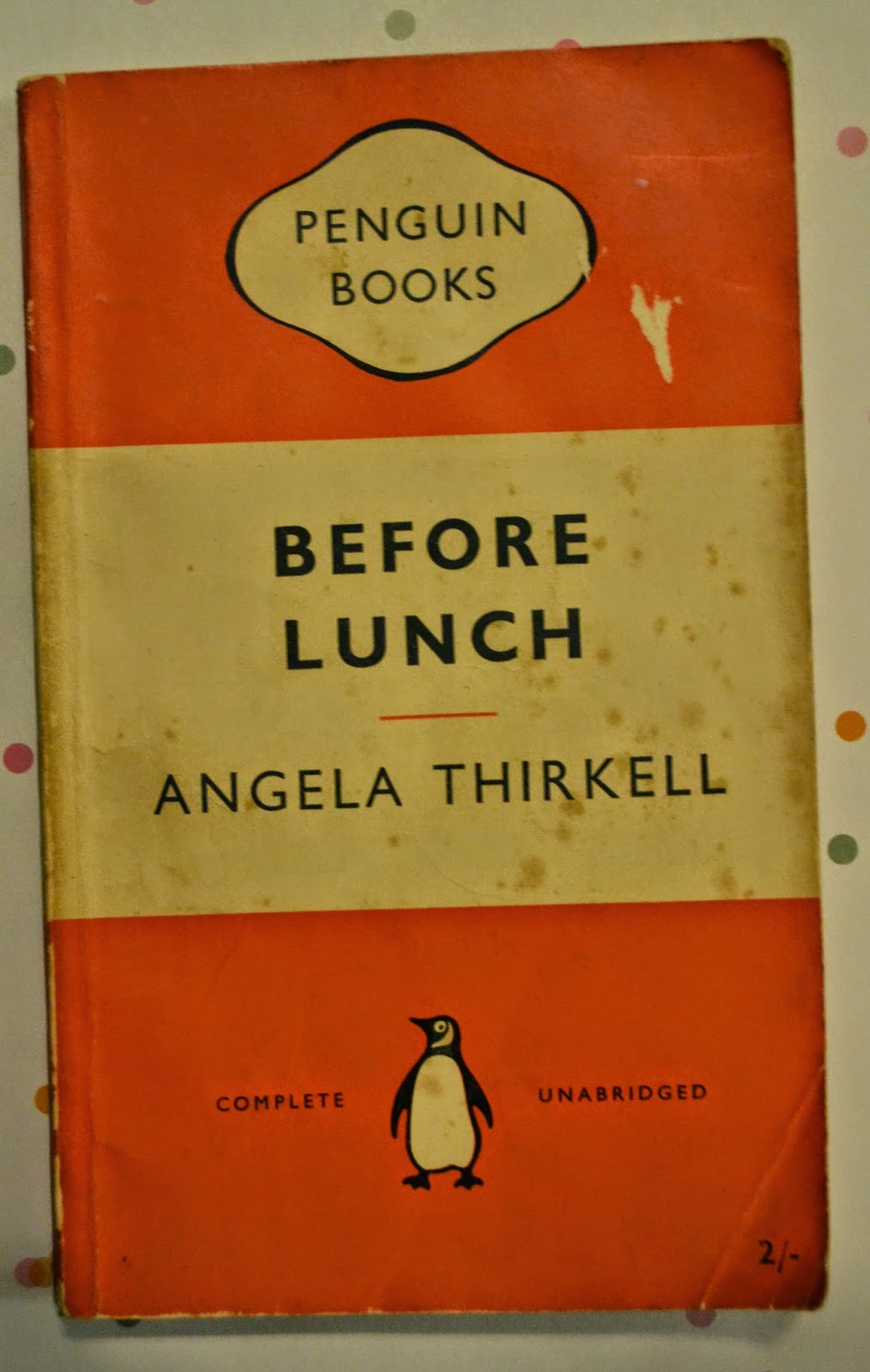 Finally I bought Before Lunch, an Angela Thirkell novel that I’ve not come across before – and no, this one isn’t Virago, it’s a 1954 Penguin (number 852) and it originally cost two shillings (old money). Just think how many books I could get if they were still two bob each. 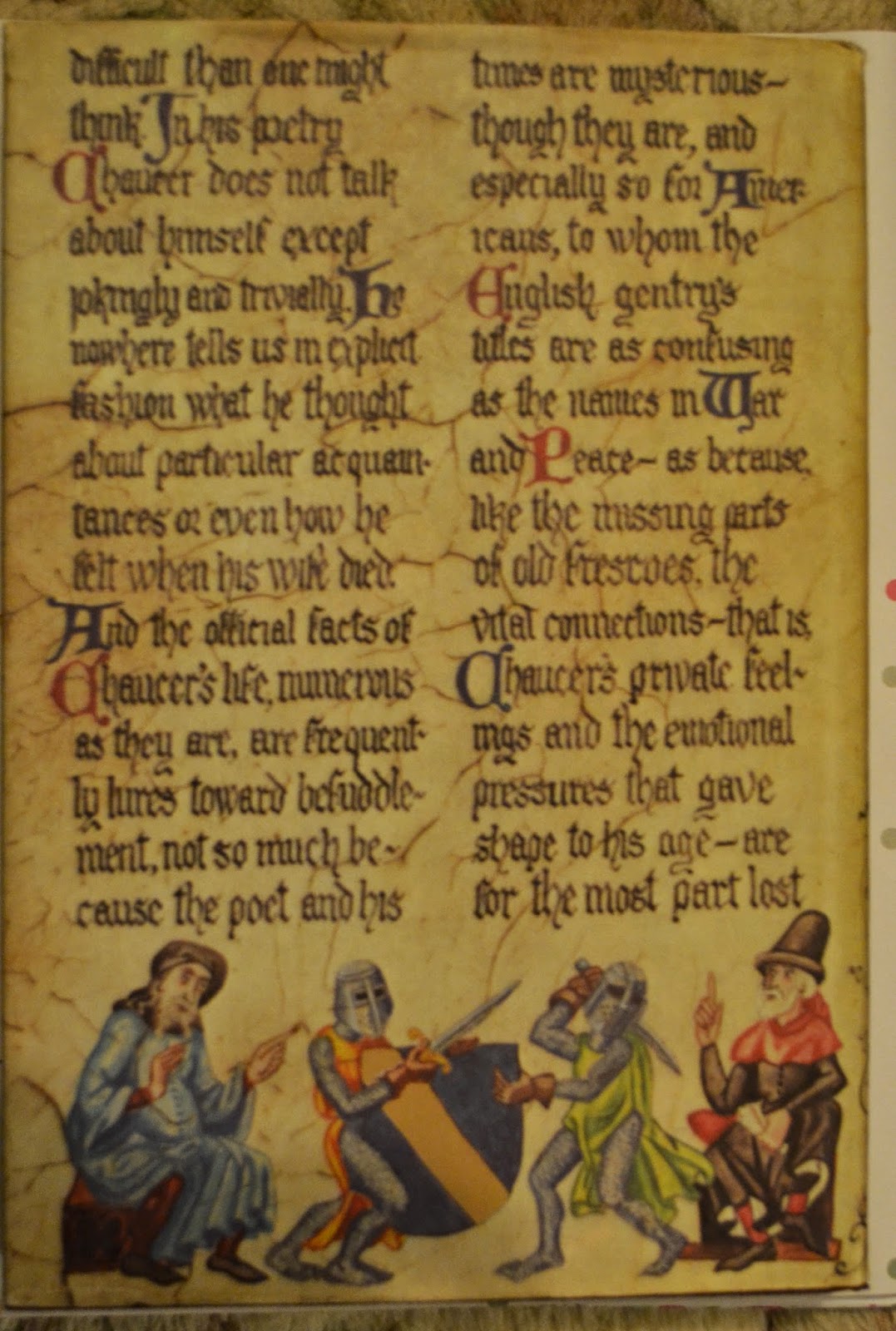 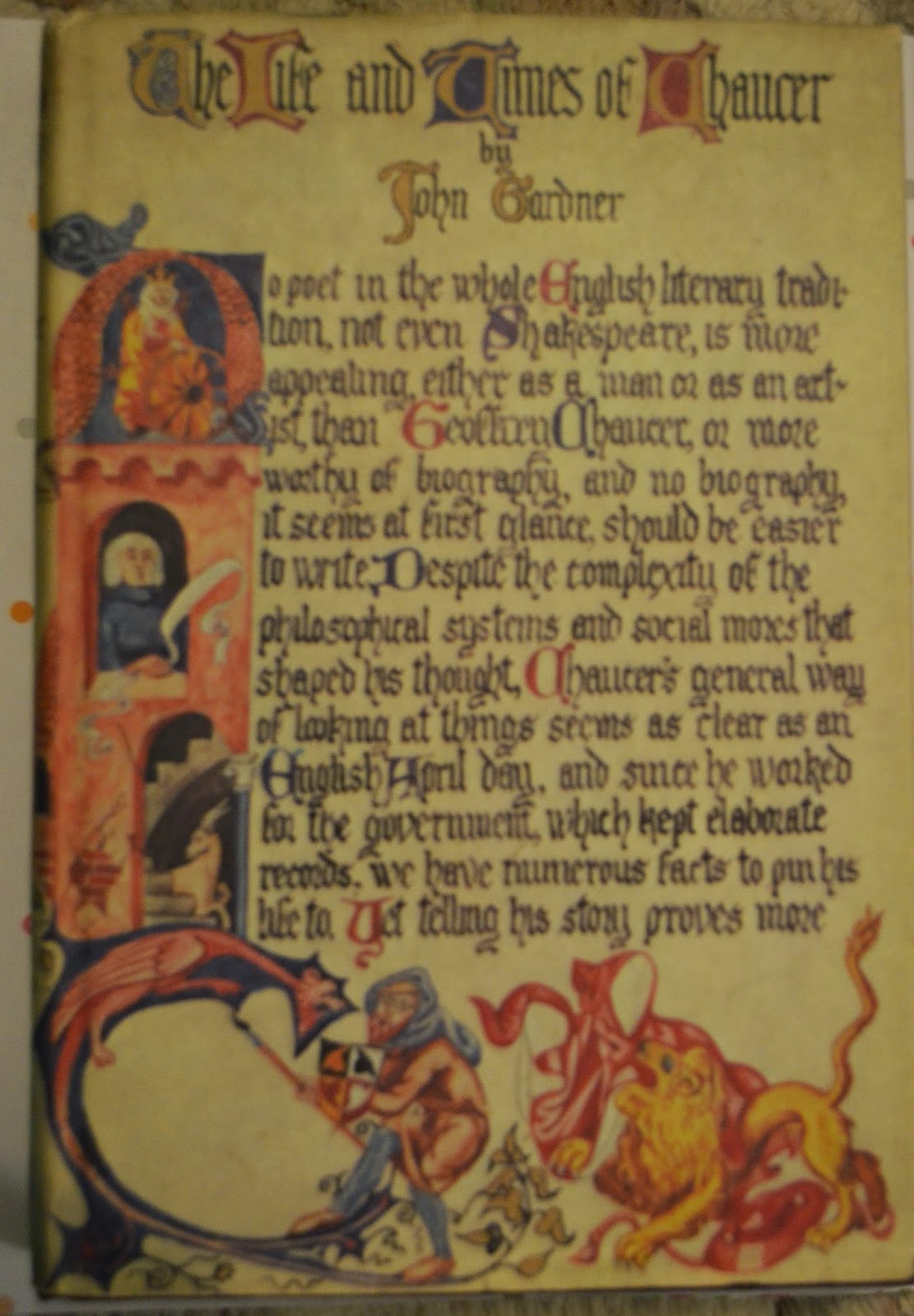 Actually, these aren’t the only books I bought this week, because when I was in the shop on Saturday I remembered I still had to pay for one about Chaucer, which I left on the shelf above the desk some weeks back. I succumbed to John Gardner’s The Life and Times of Chaucer because a) it has such a great cover; b) I rather like Chaucer, and c) I don’t know anything about him. 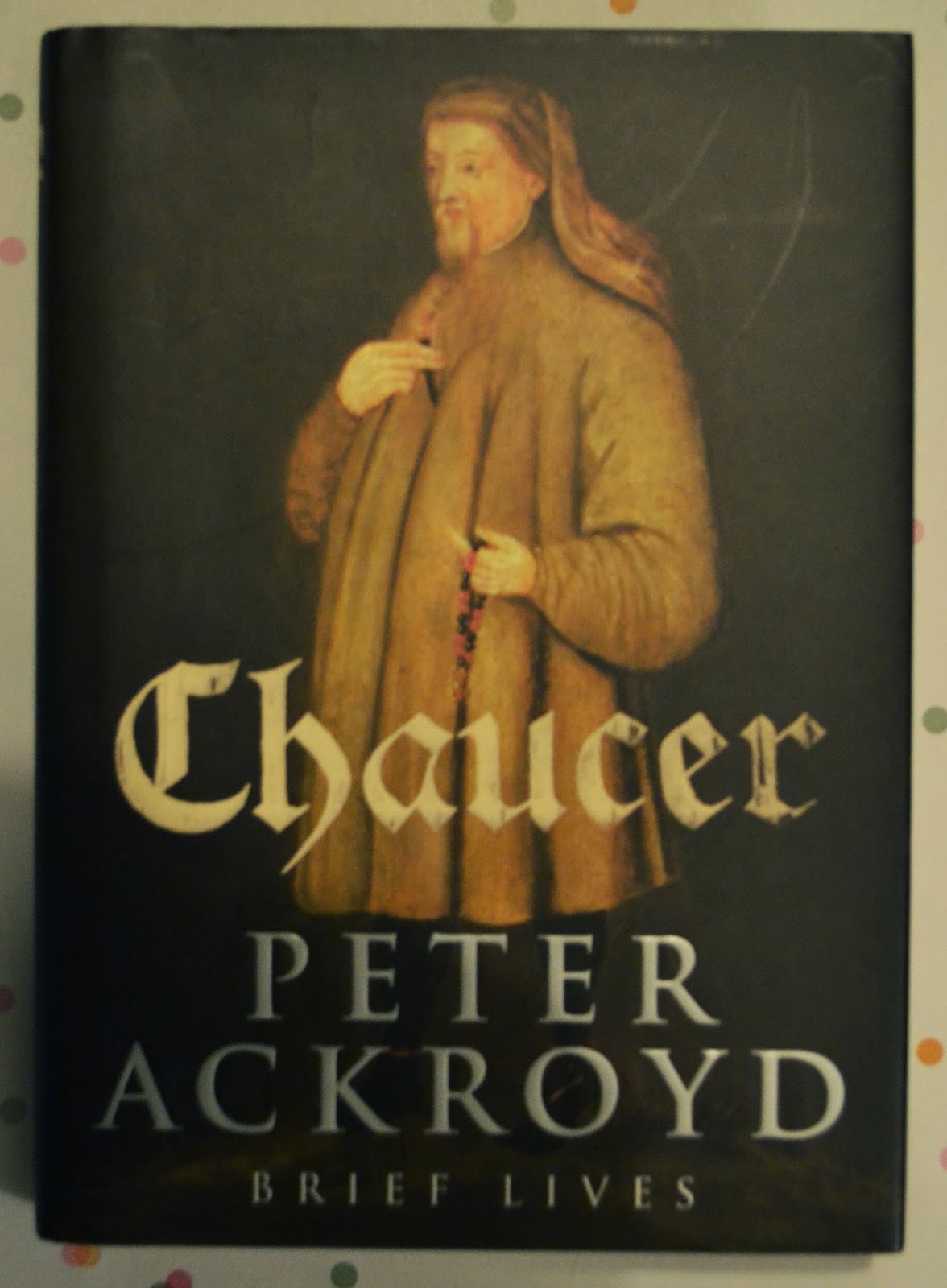 Having sorted that out, I then plucked Peter Ackroyd’s Chaucer from a box, which seemed serendipitous, and I thought it would be interesting to read alongside John Gardner, and it’s such a slender volume it won’t take up much space, so I bought that too!


So much for my efforts to limit the number of books coming into our house! In six days I’ve bought six books, and even with my limited mathematical ability I can see that equates to a book a day, which is a little worrying. If I carry on like this think how many books I’ll have acquired by the end of the year! Where would I put them all? And when would I ever get round to reading them?
Does anyone else out there get seized with this compulsion to buy books – and if so do you give in, or do you manage to resist temptation?
Posted by Christine Harding at 1:00 am