Every year, some time in February or March, depending on the vagaries of the English weather, there comes a sunny day when I walk through the Castle Grounds and smell flowery perfume on a warm breeze, and every year I think ‘how wonderful, spring is on the way’.

Doubtlessly there’s a very logical explanation, because strongly perfumed flowers are already in bloom, like this mahonia, which smells rather honeyish, like oilseed rape perhaps: 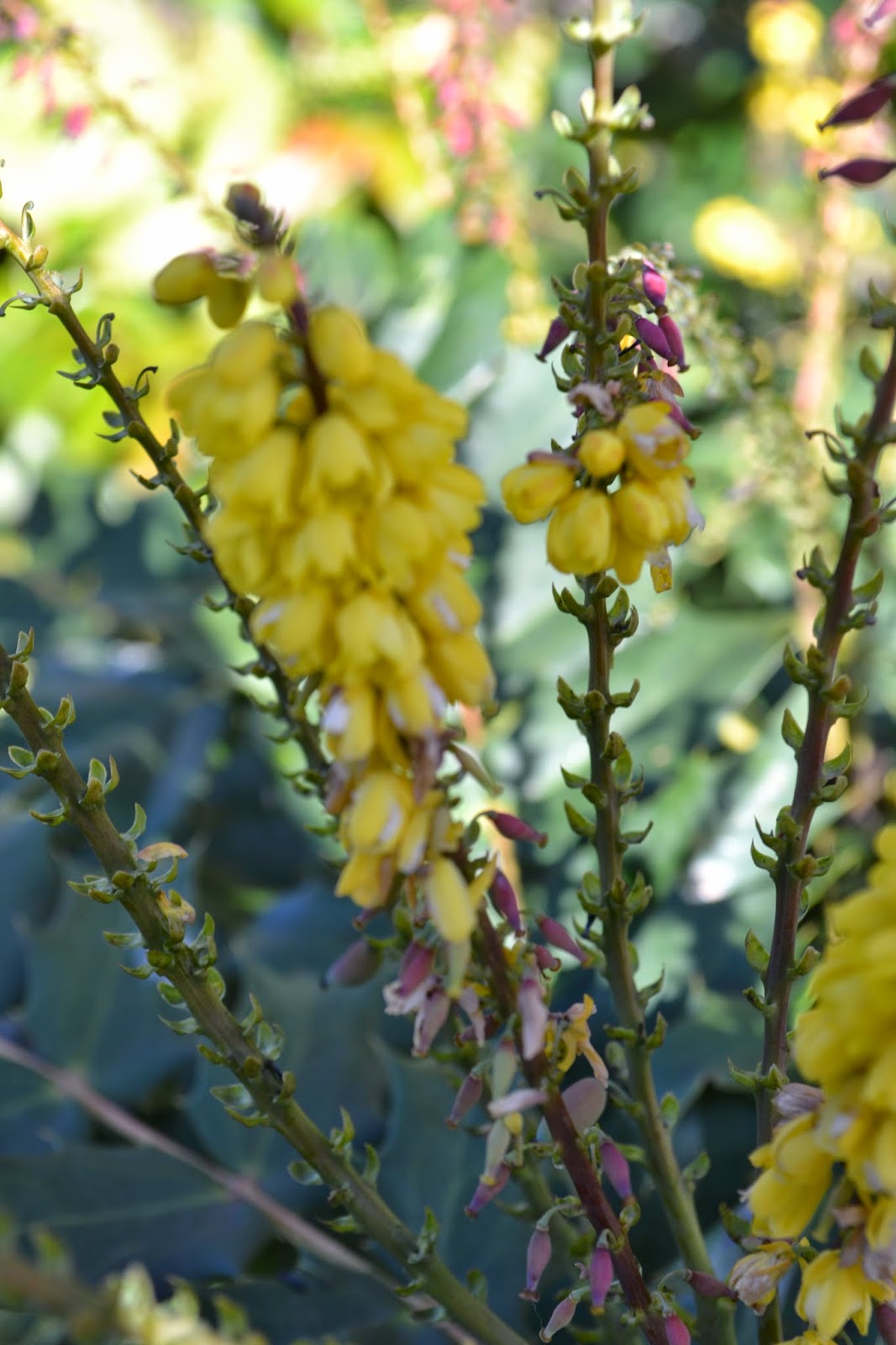 Or this little creamy white bloom that I think is sweet box – to start with, because of the perfume, I thought it might be some strange kind of jasmine, even though the flower is not right for that. But, like jasmine, it seems to perfume the air for a good distance around: 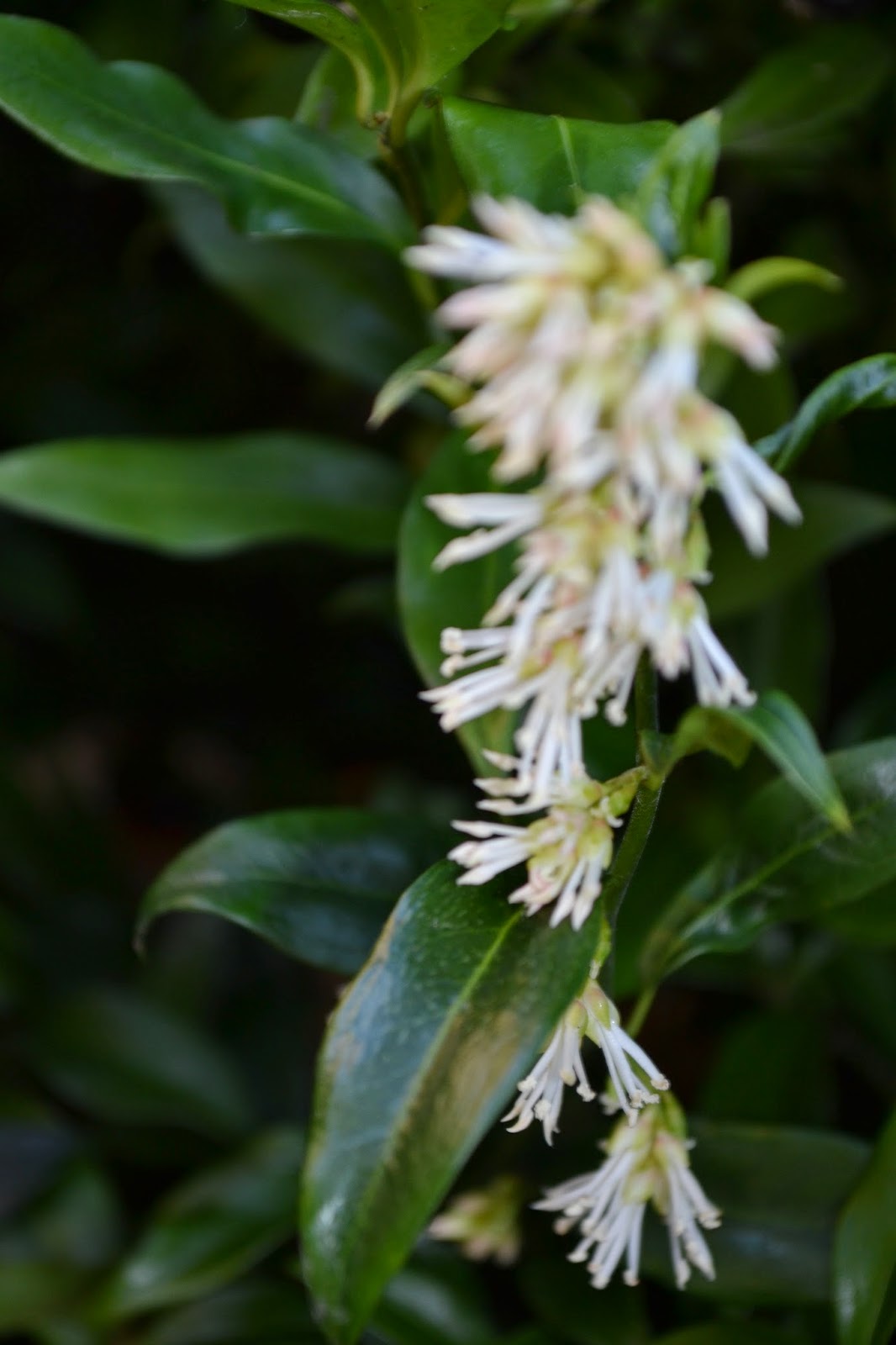 Anyway, I’m always reminded 0f Carl Sandburg’s poem Blossom Themes, which encapsulates that moment when the first flowers begin to appear and you realise winter is on the wane…


Late in the winter came one day
When there was a whiff on the wind,
a suspicion, a cry not to be heard
of perhaps blossoms, perhaps green
grass and clean hills lifting rolling shoulders.
Does the nose get the cry of spring
first of all? is the nose thankful
and thrilled first of all?
2.
If the blossoms come down
so they must fall on snow
because spring comes this year
before winter is gone,
then both snow and blossoms look sad:
peaches, cherries, the red summer apples,
all say it is a hard year.
The wind has its own way of picking off
the smell of peach blossoms and then
carrying that smell miles and miles.
Women washing dishes in lonely, farmhouses
stand at the door and say, “Something is
happening.”’
A little foam of the summer sea
of blossoms,
a foam finger of white leaves,
shut these away—
high into the summer wind runners.
Let the wind be white too.


I love that first stanza, with the ‘whiff on the wind’ and the ‘perhaps blossoms’ and the thought that of all the senses it’s smell that recognises spring first, rather than sight, or sound.
And this year I discovered Kathleen Jamie’s poem, The Dash, which also seems to capture the magic of that moment when the year turns, though for her the arrival of spring is heralded by a pair of birds returning to Scotland after wintering somewhere warmer. But the sense of joy is the same, and the feeling of exhilaration that a longed-for event has finally arrived, and I think it’s interesting that Sandburg and Jamie both have the wind blowing spring in quite suddenly – there’s no gradual creeping-in of a new season.


Every mid-February
those first days arrive
when the sun rises
higher than the Black
Hill at last. Brightness
and a crazy breeze
course from the same airt -
turned clods gleam, the trees’
topmost branches bend
shivering downwind.
They chase, this lithe pair
out of the far south
west, and though scalding
to our wintered eyes
look; we cry, it’s here


This poem comes from her collection The Overhaul, which I finally got round to buying because I enjoyed ‘Findings’ and ‘Sightlines’ so much – these two books both contain essays, or reflections, mainly on nature and wild things, and Jamie’s prose is beautifully lyrical, as she uses animals, birds, found objects as a kind of focus to comment on life. I thought they were wonderful, but Jamie is primarily a poet, and I have been meaning to explore her poetry for quite a while, but was wary, because I’d read reviews complaining that her use of Scottish dialect words made her work difficult to understand.

I admit some kind of glossary would be useful, but even if you don’t appreciates the fine  nuances in her choice of words it’s not that difficult to grasp her meaning, and there’s always Google – I know lots of people don’t like it, but I found airt without any trouble, and now know it has to do with direction, as in the compass.


She’s very much a nature poet, who observes creatures and landscapes, and she has a wonderful and unusual way with words and language, that makes you look afresh at the world around you, and think about it in a different fashion. ‘Wintered eyes’, for example, is such an unlikely pairing, yet it’s absolutely right, describing how tired and jaded we feel after a long, hard winter, and how different the world (and our view of it) becomes when spring arrives, bringing the hope of better things ahead.

The poems need to be read slowly, and thought about, one at a time, so that’s what I’m doing, and so far I’m enjoying them very much, and looking forward to reading more of her work in the future.
Posted by Christine Harding at 9:50 pm