It’s Sunday again (it seems to come around very quickly!), so it’s time for a Short Story, and I’ve reached Tale Number Two in The Penguin Book of Modern Women’s Short Stories - Slaves to the Mushroom, by Shena MacKay. I didn’t really like this one, largely, I think, because I couldn’t warm to the central character. Sylvia works in a mushroom picking and packing factory, and we are introduced to her in the works canteen, as she tells a black man with an artificial hand how a hound bit her nipple off when she was a girl, out hunting.  Hmmm, I thought, what kind of woman says something like that to someone she doesn’t know… Frankly, I feel that as a conversation opener it leaves a lot to be desired. 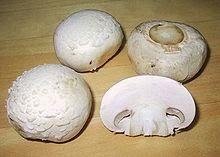 And, lest you should deduce from this incident that the story, or the character (or both), are quirky, let me make it quite clear that quirky is not a word I would use in connection with this particular piece of writing. It is, I think, a rather bleak little tale set, as I’ve already said, in a mushroom factory. Green Star Mushrooms Limited, to be precise, part of a bigger company which supplies chains of pizza restaurants, supermarkets, and small stores.
Now I like mushrooms, but I admit I have no idea how they are grown commercially, so I don’t know whether MacKay’s description is at all representative of the industry. I do hope it’s not, and I can quite see why Sylvia no longer eats mushrooms.


To be honest, I should feel sympathy for her for working in such a horrible place. It’s a mind-numbingly boring job, in a cold, wet, smelly shed, and it’s physically demanding - there’s lots of climbing, lifting and carrying.
‘After her first day, her arms had been so stiff that she could hardly move them, her back felt as if it was broken and her legs felt as heavy as trees.’
The mushrooms are grown in tiered beds. Sylvia and her fellow workers crouch on the cold, wet floor to pick the lowest layer of mushrooms, using sharp knives to cut off the stalks. They perch on stepladders to harvest the second and third rows, while the walkway on the top level is reached by steps which are blocked to stop people coming down before the end of a shift. Knives, ladders, boots and so on are dipped into disinfectant each time anyone moves to a new section or leaves the shed.
Sylvia likens the vast, windowless mushroom sheds to ‘battery houses where chickens were kept in cruel and grotesque captivity’. And as they wait to dunk their ladders in the disinfectant she tells the uncomprehending women:  “At least we’ve got room to turn around and flap our wings.” She obviously hates the job, and she’s not very good at it, but we learn that she works because Jack can’t, and she has to keep them both.
A bit of a dreamer, when supervisor Shirley says she must ‘get her act together’, she comes up with this extraordinary image:
‘Sylvia saw all the mushroom pickers in a Busby Berkeley-style sequence, turning their buckets upside down and beating them like drums, swarming up the aluminium supports like sailors in the rigging, kicking out their arms and legs star-wise, their green and white gingham overalls twirling as they tap-danced in their wellies, juggling mushrooms and flashing knives, spreading out the pink palms of their rubber gloves as they fell on one knee behind Shirley, the star in her white wellies.”
It ought to be hard to dislike someone who can create such a wonderfully bizarre picture, but there was something about Sylvia that I just didn’t take to. There’s that odd story for a start, only it turns out to be a lie, which is even odder – why make up a story like that? Is Sylvia seeking attention, or trying to gain sympathy? Then there’s her attitude towards the Asian women, who she claims are picking the best mushrooms. And she takes another woman’s pickings and passes them off as her own.
There’s a twist at the end when she returns home at the end of the day to tell Jack about her day, because Jack turns out to be not a husband or brother – but a pet bird. (Sorry, I must try not to include spoilers). And at that point I realised how lonely, and how much of an outsider Sylvia actually is. But I still didn’t like her. 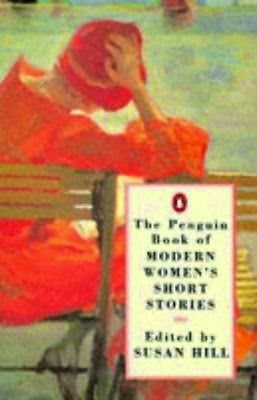