A day trip to London last week resulted in the acquisition of just one book, which is pretty unusual for me – normally I return home aching in every limb after staggering around with a backpack stuffed full of books, and heaving it on and off the train. Anyway, I was very restrained this time around, and just bought this, from a vintage toy stall in Greenwich Market, and it was only £1, which is an absolute bargain. 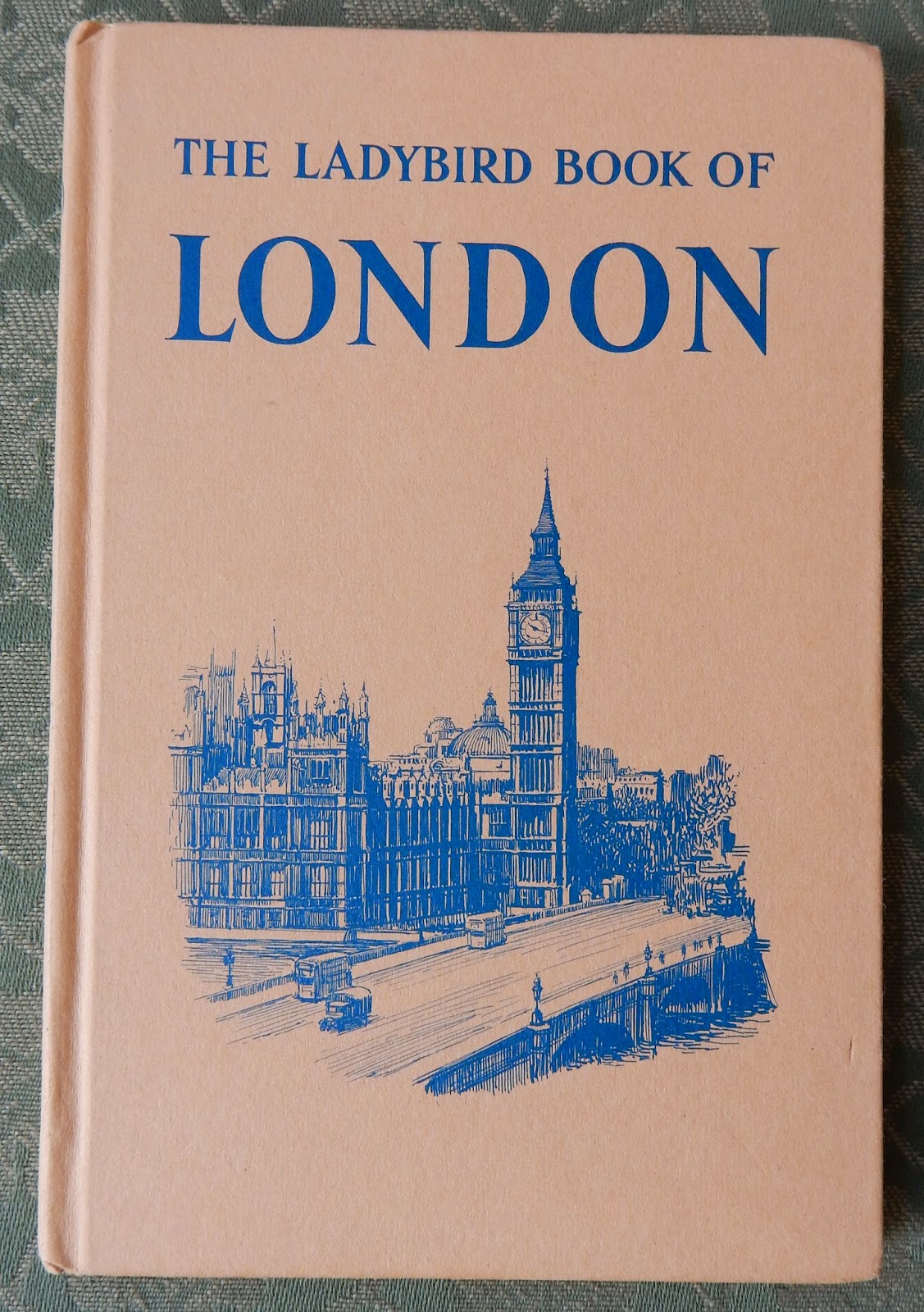 Apparently, The Ladybird Book of London has now been updated, with additional pictures, but this is an original (retro, as my younger daughter would say) in remarkably good condition, although it is missing the dust-jacket, which had a picture of Big Ben and the Houses of Parliament - the same image was printed on the board covers of later editions, and which also appears inside the book. 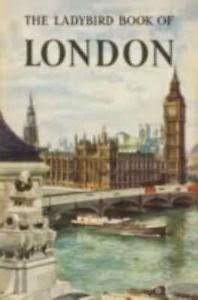 According to a note inside, this was ‘First published in 1961’, but Ladybirds are notoriously difficult to date, so it's not necessarily a first edition. However, the company stopped publishing books with dust-jackets in 1965, when coloured illustrations were printed directly on to the board covers, so that narrows the sating field a bit!


Not only do I remember this book from my childhood, I also recall visiting most of the places featured – we were a short train ride from London, and had relatives there, so we ‘went to town’ quite a bit. OK, I know I’m wallowing in nostalgia, and this a self-indulgent post, but as far as I’m concerned The Ladybird Book of London is a real classic, with 24 illustrations showing London’s best-known sights as they were when I was small, and I love it!


The information still holds good, and illustrator John Berry focuses very much on the subject of each picture, so you don't see much traffic, or many other buildings. I suppose they're rather idealised images, but it does mean he places are recognisable, despite London’s changing skyline and altered streetscapes. And only one attraction has disappeared - the wonderful Planetarium next to Madame Tussaud's has closed, but the building survives, providing a home for a Marvel Superheroes 4D display. It would be interesting to go round with a camera, and take shots from the same angles as Berry's paintings.


One thing which has altered quite dramatically since the book was published is the River Thames. It appears in several pictures, generally as a busy waterway, packed with cargo ships and barges, but it really doesn't look like that any more. The closure of the docks has completely transformed the Thames, and these days great stretches of the river are empty, and the main traffic seems to be commercial pleasure craft. I hadn't grasped the scale of the change until I looked at this book. I suppose changes don't happen overnight - they creep up on you unawares, over a period of time, so slowly that you hardly notice.﻿﻿﻿﻿﻿﻿﻿﻿﻿﻿﻿﻿
Since we’re talking boats, I’m pleased to see the Cutty Sark draws tourists to Greenwich just as it has always done. There’s a new visitor centre on what was once the quayside and the surrounding area has been landscaped, but the view of the ship’s masts standing proud against the sky is the same.
And there are still ducks, geese and swans on the lake at St James’s Park, as well as pelicans - a Russian Ambassador gave some to Charles II way back in the 17th century, and they’ve been breeding ever since. You can feed the birds, or enjoy a picnic, or read a book under the shade of a tree, or just sit and watch the world go by. London’s parks are fantastic, and this is one of the nicest, as lovely now as it was 55 years ago when The Ladybird Book of London was first published, and you can still find spots which offer a vista with few intrusions from the modern world.  Trafalgar Square also remains pretty similar, although the empty fourth plinth is now used as temporary exhibition space for artworks, which is a great improvement, and you’re not allowed to paddle in the fountains, which is a shame. And, of course, the streets around the square are full of tall modern buildings.


There’s a good map on the front papers, which is clear enough to use - the lay-out of the main streets can’t have altered that much! But the Tube map on the end papers is probably a museum piece, printed long before the creation of the Jubilee Line, the Docklands Light Railway, and the Piccadilly Line extension to Heathrow Airport.


And the airport (referred to as London Airport) merits an entry, looking like a child’s model – surprisingly small for what is described as one of the largest and busiest airports in the world. And it boasted a public enclosure where people could watch ‘airliners’ arriving and taking off, as well as pony rides, a miniature railway and a sandpit! The author tells us:


The authorities of the airport are pleased to see us, and they have arranged everything for our pleasure and interest.


Really? This makes it sound as if air travel was an enjoyable experience, and the airport was so nice that people flocked there for days out, like some kind of theme park, and I’m not at all sure that was the case. Perhaps people who lived further away had a different perspective, but we lived nearby and were used to planes flying overhead (I think they were seen as a bit of nuisance). Lots of local residents worked at Heathrow, and people went there to catch planes, or collect relatives, but I don’t remember anyone going there just for fun.
The book was written by John Lewesdon, but I can’t find any information about him. However, Ladybird used teachers, historians and other experts in addition to well-known authors, and some writers were only involved with one book, so perhaps Lewesdon was one of these.


The paintings are by John Berry (1920-2009), one of the company’s chief illustrators for some 20 years. A former war artist, he was an acclaimed portrait painter, but also worked as an illustrator, and in advertising - he provided the tiger for Esso’s iconic ‘Put a Tiger in your tank ‘campaign.
Posted by Christine Harding at 1:00 am