I’ve been to London for a couple of days visiting my Younger Daughter, and although I didn’t make it as far as Persephone, we spent a happy afternoon exploring bookshops in Charing Cross Road. I guess their main business must be from the rare books – collectibles, first editions, curios and so on, and they’re fun to gaze at, but way out of my price league. However, there are shelves full of second-hand paperbacks (slightly more expensive than the average charity shop, but the choice is much better). I was very restrained, since trekking around London carrying lots of books is not a happy experience, and I had to travel back home on the train, with my backpack full of clothes and stuff, and didn’t want to struggle with too much additional luggage!

In Any Amount Of Books (which really does live up to its name) there were lots of irresistible green spines, and I pounced on A Woman of my Age, because I’m on a bit of a Nina Bawden thing at the moment. This one is about Elizabeth and Richard, on holiday in Morrocco, and Elizabeth’s account of ‘the desert her life has become’ is reflected in the barren landscape. The blurb on the back goes on to say the novel is about marriage, families, expectations and betrayals, and is written with poise, with and charm. Has anyone read it? Does the description match the book? 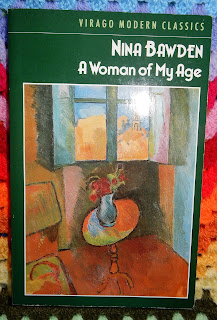 And I found Pirates at Play, by Violet Trefusis, which I bought it because it has a fabulous cover - a portrait of Nancy Cunard by Guevara – and I know this is not a good reason for buying a book, but I loved Hunt the Slipper, and I’m sure I will like this, which is described as a romantic comedy set in the ‘frenetic, fantastical Twenties’. 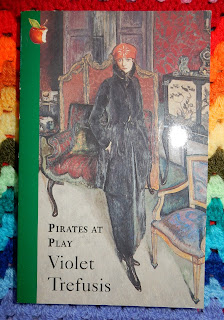 Henry Pordes Books was fabulous, a real treasure trove, with even more old Viragos (and lots of other books as well, but I’m collecting VMCs). Anyway, I succumbed to this: 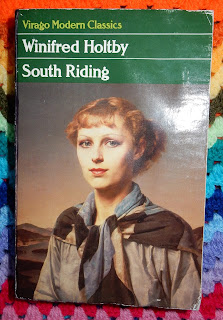 It replaces my 1974 edition of Winifred Holtby’s South Riding, which I bought new all those years ago after watching the TV drama starring Dorothy Tutin as Sarah Burton – does anyone else remember seeing it? It was kind of timely, since I hunted for the book to re-read after reading The Land of Green Ginger, and found it when I started reorganising my bookshelves. But, like so many of the books printed during the 1970s, it has not worn well, and now looks like this: 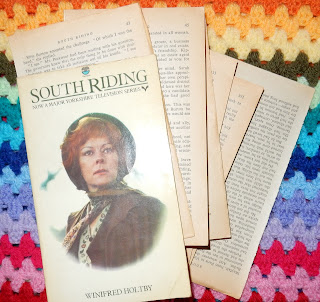 I had great difficulty tearing myself away from Henry Pordes – I could have spent a great deal of money in there (if I’d had a great deal of money, and if carrying purchases home was not a problem). But I limited myself to two volumes, and after much thought selected The Getting of Wisdom, by Henry Handel Richardson, an author I’d not come across before. I read a bit in the shop, and thought I might enjoy it, and I liked the cover, and it has an introduction by Germaine Greer! Apparently Henry Handel Richardson was really Ethel Florence Lindesay Richardson, and this novel is about Laura Rambotham and her life in a Melbourne boarding school. 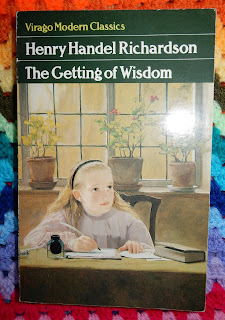 And, as something completely different, my daughter and her boyfriend took me to Gosh!, the comic bookshop in Soho, which is very bright and cheerful, and unlike any other bookshop I’ve ever been in, two floors full of comics and graphic novels and such like – definitely not a genre I know anything about, but interesting nevertheless. And there are kids’ books, and arts books, but I don’t think there’s much you’d find in a traditional bookshop – the books all seem to be different, edgier somehow. Anyway, I couldn’t resist this, which is a bit of an extravagance, but it makes me happy! 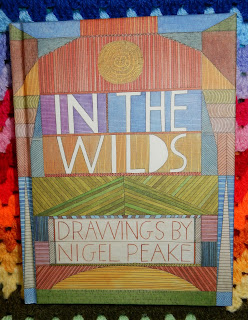 Posted by Christine Harding at 11:03 am