The Land of Green Ginger

Another Virago for LibrayThing’s All Virago All August challenge. And I think this one will do nicely for the What’s in a Name challenge over at The Worm Hole – it’s my entry for a book with the letters ‘ing’ in the title. And it fits the bill for Yorkshire, for Reading England 2015 (which you can find over at Behold the Stars).
As a small child Joanna Burton is entranced when she passes a street called The Land of Green Ginger. Her aunts hustle her on, but the name conjures up something magical for Joanna:


To be offered such gifts of fortune, to seek Commercial Lane and to find – the day before Christmas Eve and by lamplight too – the Land of Green Ginger, dark, narrow, mysterious road to Heaven, to Fairy Land, to anywhere, anywhere, even to South Africa, which was the goal of all men’s longing, where Father lived in a rondavel…


The heroine of Winifred Holtby’s The Land of Green Ginger spends a lot of time yearning for far-flung, fabulous lands. She is born in South Africa, but her mother dies, and her missionary father cannot care for a baby, so she’s sent back home to England to be raised by her maiden aunts in Yorkshire.


She is highly imaginative, drawing her knowledge of life from books (she’s in love with Walter Raleigh and the Scarlet Pimpernel), and she dreams of travelling the world to see strange, exotic places. But in 1914, aged 18, she falls in love with Teddy Leigh who tells her he has been given the world to wear as a golden ball. At this point I started thinking of Milton, but it was a golden chain which linked Earth to Heaven – but the golden ball was in the fairy tale about the Frog Prince, and it seems that Teddy is paying tribute to Joanna, who is golden haired, tall, and ‘grandly portioned’.


Teddy Leigh drew towards her happiness and health as a chilled traveller draws towards a fire. She seemed so young, so strong, so sure that life was good. He, who snatched sudden joys from an uncertain world, looked at her with envious longing. She seemed as strong and stablished as a golden tower.


It is her vitality, her love of life that attracts him - but in the end those are the qualities he comes to hate the most. For Teddy is a kind of Frog Prince in reverse, who can never be rescued by a kiss. Handsome, charming, debonair, he has TB, but Army medics have passed him as fit for active service and he is off to join his unit, and feels he has been handed life as a golden ball.


He and Joanna marry, and a daughter is duly born nine months after their brief honeymoon. His visit home on a gunnery course results in a second daughter, and eventually in June 1918 the combination of gas and consumption proves too much and he is invalided out and ends up at the Yorkshire Military Sanatorium, where the true nature of his illness is finally revealed to Joanna (but not by Teddy – he never mentions it to her).


Unable to return to Cambridge and continue studying for the ministry, he uses an Army pay-out to buy Scatterthwaite, a run-down, isolated farm (at the time it was believed open-air life helped consumptives). However, he and Joanna have no money, no experience and no aptitude for farming. “Small debts prospered as did nothing else on the land,” Holtby tells us.


Teddy, faced with his broken dreams and broken health, is querulous, selfish and demanding. Joanna struggles to make ends meet as she tries to care for him and run the farm. Eventually, to protect the children from infection, sends them to her aunts.


Growing shabbier and shabbier, she develops a reputation for oddness – she’s viewed as a bad housekeeper, a bad mother (because she sent her children away), and a bad farmer. As the local curate observes, she looks strange (she is wearing green stockings on the day he calls). And her behaviour is even more peculiar, for she never says or does what you expect. She’s an unsettling sort of person.


Things get worse when local landowner Sir Wentworth Marshall employs a group of Finns to establish a forestry project. Local villagers resent the foreigners, and tensions build. But the real trouble comes when the interpreter, Hungarian Paul Szermai, comes to lodge with Joanna and Teddy. Joanna has already glimpsed Szermai in the woods, envisioning him as Tam Lin from the old ballad, or a fairy tale eldritch knight.  There is no foundation for the ensuing scandal, but their friendship is misinterpreted - even Teddy suspects them of having an affair – and the story moves inexorably towards what should be a final tragic conclusion.


I won’t reveal what happens, but somehow Joanna finds herself again, and sets off with her children to pursue her dream. Life is a good bargain, she tells Sir Wentworth.


I mean, imagine what it would be like if you were dead, and you looked up and saw people acquiescing in life, and treating it like a poor thing, and saying, “You can’t have the best of both worlds,” as a kind of reason for getting the best of none. Wouldn’t you feel cheated? I should. I’d think, “Here am I who’d give anything, anything to be alive again and there they are treating life like a bad bargain.” Why, it’s the best bargain. It’s the only bargain worth buying if you really live.


Joanna’s struggle to find fulfilment is played out in the aftermath of WWI, and though she is uninterested in politics and social change, things like employment problems and the peace movement are there in the background. They are never intrusive, but I think they inform much of Holtby’s work. I don't know that enjoyable is necessarily the right word to describe it. Compelling would be nearer the mark. But it's well worth reading - I'd recommend it.


*In case you wonder, The Land of Green Ginger is a real street in Hull (Holtby’s inspiration for Kingsport in novel), and is believed to have got its name because in Tudor times it was the place where green ginger, a conserve of ginger and lemon juice, was sold or made. 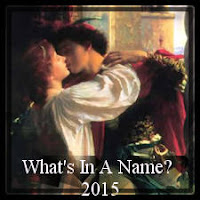 Posted by Christine Harding at 9:17 am