Sunday morning is here again, so I shall try to gather my thoughts and decipher my notes and come up with a few brief comments on some tales from The Persephone Book of Short Stories. Actually, I visited my Younger Daughter in London on Thursday and planned on calling at the shop and treating myself to a couple of volumes when, but I left the address at home! However, I’m planning a mini-tour round the Bloomsbury area on a future visit (I like to have something to look forward to), and I might get Cheerful Weather for a Wedding, and A Writer’s Diary, neither of which is a short story, and that is what this post is supposed to be about. So here goes… Three from the early 1940s… 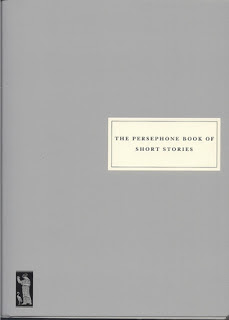 It All begins Again, by Helen Hull, published in 1941, was not one of my favourites. Set in America (just before the US joined WW2) it centres on Mary Bristol, now in her mid-seventies, widowed, and recovering from illness. Despite having made a decision never to live with any of her children, she agrees to spend the summer with her daughter Vera, son-in-law Clem at their country house. Mary is reluctant to fall in with Vera’s plan, but lacks the strength to offer any opposition.

Vera was like that, insistent and unsubtle in projecting upon someone else the necessity for doing what she herself wished. Mary liked showing her up, and perhaps one reason she didn’t want to live with her daughter was that she knew she’d have to hold her tongue. It was one thing to catch Vera up in an afternoon call, when Vera could take her injured feelings home and forget them in some new scheme. But under one roof!

That doesn’t augur well for the future, does it? A happy family life would not appear to be on the cards at all. And what kind of relationship does Mary have with Vera? What kind of mother likes to show her daughter up?

As news of the war in Europe filters through Mary remembers other times and other conflicts. She recalls her childhood, when he father returned from a Southern jail, sick and shattered by his experiences fighting in the Civil War. She thinks about her husband Will, and Tom, their elder son, who died after WW1, ‘the neat surgery job done on his interior after Verdun being inadequate for many years of service’. And she listens to her grandchildren, Hilda and Bill, both engaged in conflicts with their parents as they try to select their own paths through life and love.

In some ways Mary reminded me of Lady Slane in Vita Sackville-West’s All Passion Spent, perhaps it’s simply because they are both elderly women who don’t really like their grown-up children much, reflecting on the past. But I didn’t find Mary a very sympathetic character (I think it was that early comment about liking to show her daughter up that put me off), and the tone is darker and bleaker. Mary takes a wider view of humanity than Lady Slane does, and she doesn’t like what she sees. She’s not looking to recapture the girl she once was, or to achieve personal peace, harmony and a balance in life – she’s searching for answers to the chaos around her, and her bitterness and despair shows through. There's a sense of disillusionment here I think.

A land where a man can be free, and his children after him, she thought. Free? We have thought the world was run for us, that we could go on turning always in those narrow, petty, selfish cells. We are losing them again, peace freedom. We had the only as a promise. My father, my sons, and now these children. They have lost them, having no dream to hold them safe, to strive to keep them. They are blind and empty, passionless… 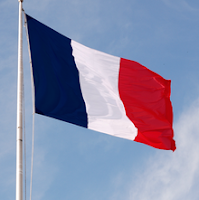 Defeat, by Kay Boyle, was written in the same year as It All begins Again,but  is much more to my taste. We’re in Europe, watching French soldiers making their way home after the fall of France.

They had found their way back from different places, by different means, some on bicycle, some by bus, some over the mountains on foot, coming home to the Alpes-Maritime from Rennes, or from Clermont-Ferrand, or from Lyons, or from any part of France, and looking as incongruous to modern defeat as survivors of the Confederate Army might have looked, transplanted to this year and place (with their spurs still on and their soft-brimmed, dust-whitened hats), limping wanly back, half dazed and not yet having managed to get the story of what happened straight. Only, this time, they were the men of that tragically unarmed and undirected force which had been the French Army once but was no longer, returning to what orators might call reconstruction but which they knew could never be the same.

Isn’t that a haunting scene? And doesn’t it paint the image so clearly? Boyle tells you everything you need to know about the general situation, then moves seamlessly into the way it affects individuals. Here we have two escaping soldiers, who meet with great kindness from a courageous young schoolmistress with French flags and red, white and blue bunting – an act of defiance against the Nazi Occupation. She gives the fresh clothing, and food, and they agree that ‘a country isn’t defeated as long as its women aren’t’. There is more kindness at a farm, where the duo eat bread and soup, and enjoy a glass of red wine before being shown to the attic where they can sleep.

Then, in a small town, on July the Fourteenth - the French national holiday – grim reality intrudes, and you suddenly realise that not all women were as brave as the schoolmistress, and that many people did what they could to survive, even if it meant fraternising with the enemy. After his return home one of the soldiers describes what happened, and is surprisingly charitable as he tries to make sense of events. But he has tears in eyes as he thinks about it.

I loved this story. It was sad and reflective, offering a very personal view of life in France in the early days of Occupation. And I found it especially interesting read alongside Vere Hodgson’s wartime diaries, Few Eggs, and No Oranges, and the comments she makes about the Fall of France, and the Vichy Government, and General de Gaulle, and the Occupation. I must find a decent history about war-time France, and try to find out a little more.

Finally, I can’t forget Mollie Panter-Downes’ Good Evening, Mrs Craven,  written in 1942, which features in a collection of her short stories published under this title (also produced by Persephone), which I reviewed here, and I think every single one of the tales is an absolute gem: the author’s prose and characterisation are faultless. You can tell I’m a huge fan of Mollie Panter-Downes, and if you read nothing else in The Persephone Book of Short Stories, you should read this one. It is quite, quite perfect. Better still, buy the MPD collection, then you can read them all!

Posted by Christine Harding at 12:20 pm