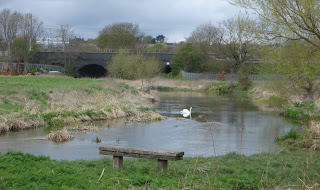 And now for something completely different: Moors. Not the people you understand, but landscapes – the kind of landscape which, in novels, is invariably menacing, mysterious and moody (I do love a bit of alliteration). My interest was aroused following a walk around a local nature reserve which goes by the rather grand name ‘Warwickshire Moor’, but is not at all how I imagine a moor should be. It’s not high land, and there are no billowing waves of heather, no crags and rocky outcrops, and no bogs – though it is very muddy.
It’s just a small patch, on the edge of the town, and the railway runs alongside, but it has its own beauty. The River Anker runs through it, and there are little pools and scrapes, and all kinds of grasses and reeds, and rather scrubby looking trees. The Man of the House and I had a wander there because I've set my heart on being a 'home tourist' and exploring the area where we live. Anyway, it set me thinking about the way moors are portrayed in lieratue. First off is Mary Yellan, travelling across Bodmin Moor to Jamaica Inn in Daphne du Maurier’s novel of the same name. 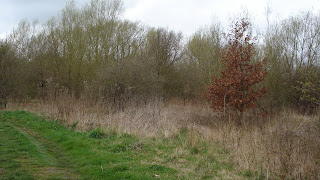 This was a lashing, pitiless rain that stung the windows of the coach, and it soaked into a hard and barren soil. No trees here, save one of two that stretched  bare branches to the four winds, bent and twisted from centuries of storm, and so black by time and tempest that, even if spring did breathe on such a place, no buds would dare to come to leaf for fear the late frost should kill them. It was a scrubby land, without hedgerow or meadow; a country of stones, black heather and stunted broom.
You know that there will be no comfort for Mary in this bleak landscape, and that her new home will be as joyless as the moor. Emily Bronte’s depiction of the wild moor in Wuthering Heights is equally cold, hard and merciless, a suitable setting for the savage, all-consuming love between Heathcliffe and Cathy, which is as barren and grim as the land itself. 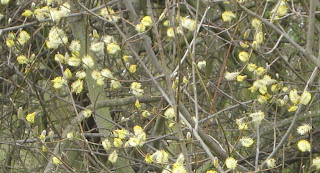 ...the whole hill-back was one billowy, white ocean; the swells and falls not indicating corresponding rises and depressions in the ground: many pits, at least, were filled to a level; and entire ranges of mounds, the refuse of the quarries, blotted from the chart which my yesterday's walk left pictured in my mind.  I had remarked on one side of the road, at intervals of six or seven yards, a line of upright stones, continued through the whole length of the barren: these were erected and daubed with lime on purpose to serve as guides in the dark...
Moorland also plays a vital role in Robert Louis Stevenson’s Kidnapped, providing much-needed cover for David and Alan as they flee from the British redcoats. A Scottish friend once told me the duo take to the heather on Rannoch Moor, and that even today it is one of the wildest and most beautiful areas of Scotland – but David is unimpressed. 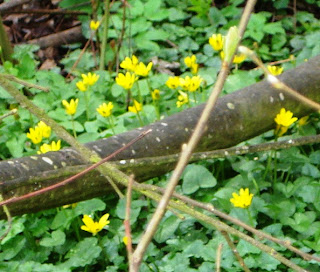 The mist rose and died away, and showed us that country lying as waste as the sea; only the moorfowl and the pewees crying upon it, and far over to the east, a herd of deer, moving like dots. Much of it was red with heather; much of the rest broken up with bogs and hags and peaty pools; some had been burnt black in a heath fire; and in another place there was quite a forest of dead firs, standing like skeletons. A wearier-looking desert man never saw; but at least it was clear of troops...
Conan Doyle’s The Hound of the Baskervilles is, perhaps, the best known ‘moorland’ novel, and Dr Watson’s first view shows the landscape to be as menacing as the tale of the ghastly phantom dog that Sherlock Holmes is called to investigate. 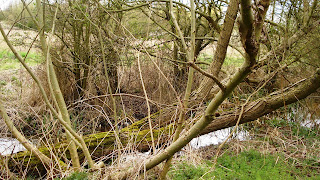 ……I drew aside my curtains before I went to bed and looked out from my window. It opened upon the grassy space which lay in front of the hall door. Beyond, two copses of trees moaned and swung in a rising wind. A half moon broke through the rifts of racing clouds. In its cold light I saw beyond the trees a broken fringe of rocks, and the long, low curve of the melancholy moor. I closed the curtain, feeling that my last impression was in keeping with the rest...
But the moor isn’t as bleak as it looks, for there are some wonderful descriptions of the plants and creatures that live there – flowers, sheep, ponies, butterflies and birds. And that leads me to The Secret Garden, which is my favourite literary moor, because Frances Hodgson Burnett makes it seem alive, and loved. Here is Mary’s first encounter with the area. 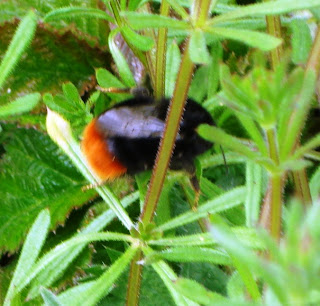 The carriage lamps shed a yellow light on a rough-looking road which seemed to be cut through bushes and low growing things which ended in the great expanse of dark apparently spread out before and around them. A wind was rising and making a singular, wild, low, rushing sound.
"It's—it's not the sea, is it?" said Mary, looking round at her companion.
"No, not it," answered Mrs. Medlock. "Nor it isn't fields nor mountains, it's just miles and miles and miles of wild land that nothing grows on but heather and gorse and broom, and nothing lives on but wild ponies and sheep."
Later the servant girl Martha speaks passionately about the moor, telling Mary:
I just love it. It's none bare. It's covered wi' growin' things as smells sweet. It's fair lovely in spring an' summer when th' gorse an' broom an' heather's in flower. It smells o' honey an' there's such a lot o' fresh air—an' th' sky looks so high an' th' bees an' skylarks makes such a nice noise hummin' an' singin'. Eh! I wouldn't live away from th' moor for anythin'. 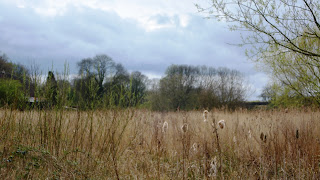 There’s no gorse, or broom, or heather on Tamworth’s Warwickshire Moor, but it is ‘fair lovely’ in the summer, although it looked a little dead when we walked round. But the leaves on the trees were all in bud, and we saw catkins and pussy willow, and bright yellow dandelions and celandines, and the pale mauve flowers of ladies smock struggling through the bleached grasses.
There were a few bees flying around, and plenty of birds (have decided binoculars and a decent wildlife book are essential for any future walks, so we can identify what we see), as well as swans and ducks on the river.  You can see details about the conservation work being carried out by the Friends of Warwickshire Moor here, and there’s more information about the site on a leaflet produced by Tamworth Borough Council, which is available here. 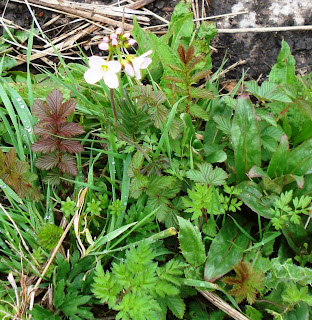