OK people, I’m still in French mode for Paris in July, so let's start with a photo of the Eiffel Tower I took when I was last there. I look at this and it conjures up happy memories of some wonderful holidays in Paris. Anyway, enough of the past, now it's time for a little frivolity, in the shape of a wonderful colouring book: Tomislav Tomic’s A Walk Through Paris. It’s got a picture of the Eiffel Tower on the front, and the inside is like a concertina, with eight panels opening out into a long panorama of the city’s iconic landmarks, and  ladies and gentlemen in Victorian costume strolling along the boulevards. When you look closely there are all kinds of things going on, like a daring young man looping the loop in his flying machine, a balloonist up above the city,  a man rowing on the Seine, and another on a penny farthing. On the other side of the picture are individual vignettes of the buildings, with brief details about their history, and there’s even a space for you to produce your own artwork. 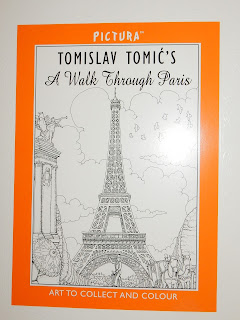 Apparently Tomic is a renowned Croatian illustrator, and the book stresses that there are no rules. It's your's, to colour in as you choose, using whatever medium you want – pencils, crayons, inks, felt tips…  Or you can leave it blank, and just enjoy looking at it, which is all I’ve done so far, because I’m scared to make start, but I’ve got my pencils ready, and a mug of fresh coffee, and I’m going to make a start. I’ll report on progress at the end of the month!

There’s also a little section explaining why colouring is good for you (adults as well as children!). There’s been a lot of publicity recently about the current craze for colouring books for adults, which some people see as a money-making gimmick. Others say it would be better to draw or paint your own pictures, but we’re not all that artistic.  Personally I think they’re fun. And if you enjoy doing them, and they give you a sense of satisfaction why not? Among other things, colouring is supposed to boost your ability to concentrate, help you relax, and increase your self-esteem. 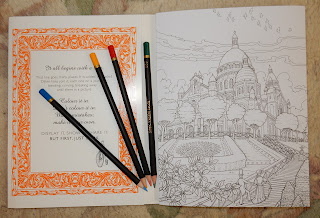 Anyway, I promised I would write a few notes about Paris in July and the other French book challenges I've signed up for, with an outline of my Reading Plan.So here goes. Paris in July, now in its sixth year (it's a couple of years since I've joined in) is hosted by Tamara at Thyme for Tea, and offers scope for all kinds of activities. You can read books (from any genre, fact or fiction), or watch a film, cook a meal, listen to music, walk round an art gallery – anything at all, as long as there’s a French connection, which is why I thought I’d include the colouring book. I spotted it a few weeks back when a friend and I thought we’d try out the café at John Lewis, which does an excellent honey and lavender cake… not French, but delicious nevertheless! At that stage I hadn't really thought of embarking on a 'virtual' trip to Paris, but there's a certain serendipity at work there I think.

And I’ve got a DVD of Marion Cotillard playing Edith Piaf, which I shall watch (again) and cry over (again) because Piaf had such an amazing voice, and led such a sad life. Then, of course, there’s a selection of books, some of which I’ve read during the past couple of weeks, but not written about yet, so whether I’ll get round to everything I don’t know. I’ve got plenty of choice!

I’ve already reviewed Emile Zola’s The Fat and Thin, and I’ve still got to write about The House in Paris by Elizabeth Bowen (which was on the TBR pile), and I spotted some Irene Nemirovsky novels in Oxfam, including The Wine of Solitude, which is ideal for Paris in July (serendipity again), and back in June I found Tigers are Better-Looking, a collection of short stories by Jean Rhys.(see what I mean about serendipity?)  Then I got Edward Rosland’s  play Cyrano de Bergerac, because I heard it on Radio 4 last month. And I’ve been dipping in and out of Paris Metro Tales: A Stop-by-Stop Guide, by Ruth Paget, which is packed with fascinating snippets about the stations and how they got their names. I love anything like that, but I don’t think it’s something I could read from cover to cover!

In addition I've acquired Paris and the Parisians, Frances Trollope’s account of her travels in early 19th century, and Balzac’s Pere Goriot, both of which I’ve always wanted to read. 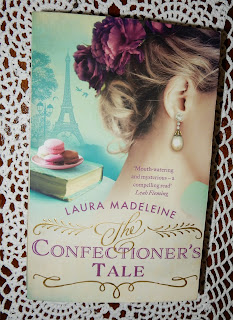 I must admit that when I looked at my French Collection I was a bit taken aback, because it seems to be dominated by classics and literary fiction – not a live author anywhere, which probably reflects the state of my book shelves! Anyway, I felt I should include something a little more contemporary, so I snapped up  a charity shop copy of The Confectioner’s Tale, by Laura Madeleine, because I liked the cover, and it’s set in Paris, and features a confectionery shop, and the blurb makes it sound quite delightful.

And at that point I got a bit carried away by the whole French thing, because I discovered  the French Bingo Reading Challenge organised by Emma at Words and Peace, which started at the beginning of the year, and finishes in December, so it’s already half-way through, and it’s a bit late to join in. But it looks such fun, and I think most of my books would qualify for this (not the colouring book though!),  so I decided to take part. I keep saying I will read some foreign authors, and not doing anything about it, so this seems opportunity to explore French writers over the next six months, and it will test my ingenuity trying to find books to match the various categories.

There are 25 categories, including a romance set in France, a book by a French author before 1800, a book with the Eiffel Tower on the cover, and if one volume meets the criteria for several different classifications that’s fine (but I think it would be good to read as many different things as possible). If you can’t manage to complete the whole card it doesn’t matter, you can bag a row or column of the various classes, or just snaffle an odd title here and there, as and when you please and see where the game takes you. 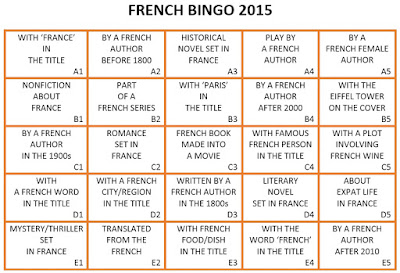 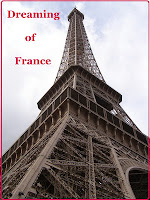 I also found Dreaming of France, which is a weekly meme run by Paulette at An Accidental Blog. You don’t have to post something every week  (I think that might be a bit daunting), but you can link in when you have something suitable and, as with Paris in July, it’s not limited to books, because it extols the glories of France and the French, which means I can include my lovely colouring book!

So there you are, three lovely links to French themed challenges, which provide a bit of fun, and an incentive for me to read something different! And one of the nice things about them is that I can see what other people are reading, and pick some ideas, which will be useful for the French Bingo.

Posted by Christine Harding at 8:59 am