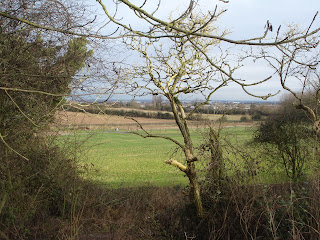 Happy New Year to you all! Earlier this week, on January 2, it was the Feast Day of The Thousand Holy Martyrs of Lichfield, who may – or may not – have been slain for their faith. St Amphibaus (whose existence is equally questionable) and his 999 followers were slaughtered (allegedly) on the orders of the Roman Emperor Diocletian at the start of the 4th century, on a site now known as Christian Fields (what else could it be called!). And since the area, now a Local Nature Reserve, is only a short drive away, and since I am trying to walk for at least 20 minutes every day, I thought I would pay a visit, accompanied by the Man Of The House, and I took some photos there for today's Saturday Snapshot. At this time of year the countryside (I know this is not really the countryside, but it’s certainly not an urban area) always looks rather dead, but the bare branches against the sky looked really stunning, as did the bleached stems of grasses and other plants, and there were lots of mosses and lichens to look at. However, it was indescribably muddy, as a result of all the rain we’ve had, and highlighted how much I need a pair of decent walking boots! 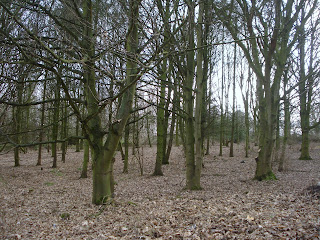 The area is right on the edge of the city, and contains the remains of a Saxon walkway known as The Dimbles – a dimble, apparently, is a raised earth walkway with a ditch on both sides. Sadly, it’s very difficult to photograph this feature, but as we wandered round it was interesting to think men and women were living and working here some 1,400 years ago. 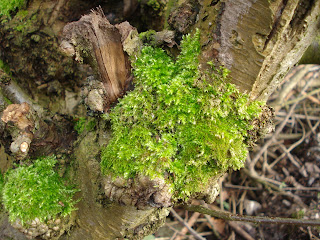 More recently part of the site was once used for landfill, but by the time I worked in Lichfield during the late 1990s, it had become a kind of unofficial wild area, and there was an old lady called Bertha who lived there in a caravan – a little like Alan Bennett’s ‘Lady in the Van’, I guess. She was something of a local character, and had a collection of dogs which she wheeled around in a pram. 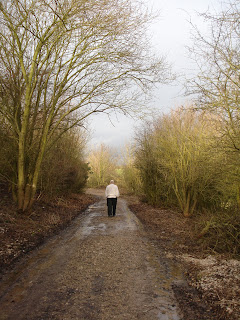 These days it’s maintained by Lichfield District Council, with help from volunteers, and there’s a surprising variety of landscapes, including grassland, woods, hedges, and scrubby areas, as well as streams, and a recently created pool. Work is still being carried out to improve the site, and hopefully there will eventually be information boards to explain the history and tell visitors about the wildlife and habitats. We will certainly return during the summer, to take another look. 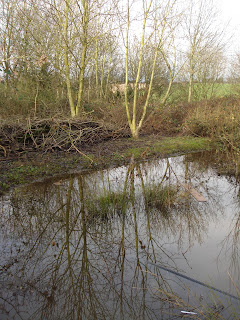 Meanwhile, if you’re wondering about that story of the Martyrs, no firm evidence has ever come to light to prove they existed, although it is thought that early Christians may have met and worshipped at Christian Fields. And for many years people believed Lichfield got its name from Lyke-field, ‘ field of dead’, but it is now thought to mean  ‘common pasture beside grey wood’, which is not nearly as romantic. 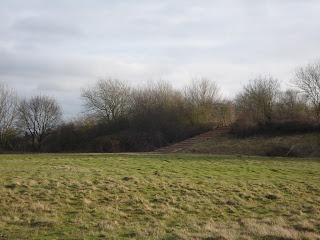 Anyway, the tale seems to have to have surfaced during the 12th century, but was largely ignored until 1548, when the city was incorporated as a borough and needed a badge, or coat of arms - what we would now call a brand image. At the same time leading citizens were concerned that the Reformation had killed off the pilgrim trade (in Medieval times people flocked to Lichfield to the shrine of St Chad, but this was no longer possible in the Protestant England of Edward VI). The city fathers must have been looking for a way to win their visitors back that wouldn’t land them in trouble for appearing to have links with Catholicism. 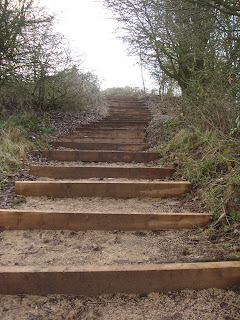 So, in what sounds like a pretty astute marketing ploy, they took up the tale of early Christian Martyrs, and used an image of dismembered bodies on the city’s coat of arms and the civic seal, and the massacre that may never have happened was woven into the city’s history. Whatever the truth of the matter, this particular site was used by the Anglo Saxons, and perhaps one day we may be able to discover more of its history. For more Saturday Snapshots see  Alice's blog at http://athomewithbooks.net/

Posted by Christine Harding at 10:47 pm